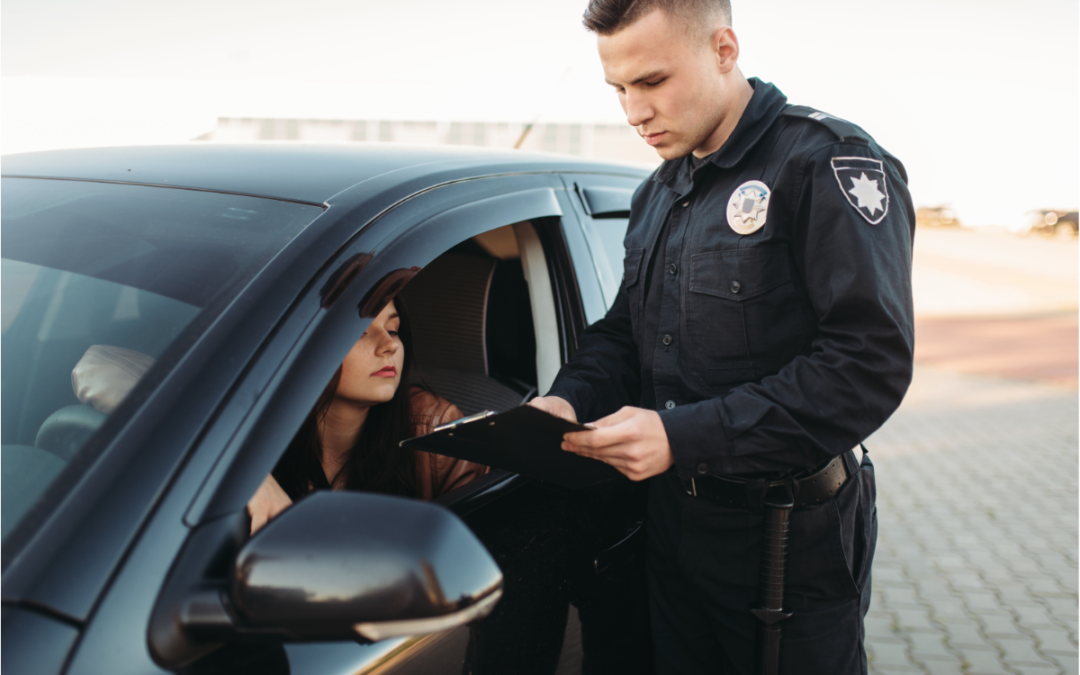 Drivers’ License Suspension in New York: What You Should Know

We have received several calls about drivers’ license suspension, mainly because the law changed in June 2021.1 New York no longer suspends drivers’ licenses for failure to appear in traffic court or failure to pay fines. Instead, courts will send notices to these drivers. About two dozen states have passed similar reforms. The Empire State’s changes are among the broadest ones in the country.

Traffic court FTA (Failure to Appear) and FTC (Failure to Comply) is one of the leading causes of drivers’ license suspension in New York. But it’s certainly not the only cause. Authorities can unilaterally suspend or even revoke your drivers’ license for reasons that have little or nothing to do with driver safety.

Like many other problems in life, a drivers’ license suspension is usually only serious if you ignore the problem. A Monroe County criminal defense attorney can often get the suspension or revocation overturned. If nothing else, a lawyer can usually reduce the suspension period or obtain a hardship license.

When the state suspends your license, bureaucrats send a notice to the address listed on the drivers’ license. Frequently, this address is old and invalid. Therefore, many New Yorkers are driving with suspended licenses and may not know it.

We use the S-word broadly in this context. There are three types of drivers’ license suspension in New York:

If you do not have insurance, refuse or fail a DWI chemical test, are convicted of a drug or alcohol-related offense, get too many points on your license, or violate certain drivers’ license restrictions, the state suspends your license for a certain period, usually six months or a year. Your license doesn’t automatically become valid when the suspension period ends. Instead, you must file paperwork, pay a fee, and possibly jump through some other hoops.

Common indefinite suspension reasons include failure to pay a fine, file an accident report, pay state taxes, or pay child support. The state may also indefinitely suspend your license if you have epilepsy or certain other medical conditions. Your license is suspended until the state lifts the suspension. That period could be an hour or a decade.

If you were an at-fault driver in a fatal accident, you are convicted of a severe drug or alcohol-related offense, and in a few other cases, the state revokes your license. You must petition for reinstatement and retake the test. The DMV routinely denies these petitions, especially if the driver does not have a Monroe County criminal defense lawyer.

Out-of-court settlements are typical in many cases. For example, if Mike’s license is suspended due to child support nonpayment, the state might reinstate it if he pays part of the amount due and agrees to a payment plan for the balance. There could be some legal defenses as well. For example, before the state suspends Marilyn’s license for failure to provide a chemical sample in a DWI, the state must prove officers had probable cause to make this demand.

Usually, conditional and restricted drivers’ licenses are available in New York. There are some subtle differences between these two forms of relief.

Judges usually issue conditional licenses in alcohol-related suspension cases. Defendants may drive as long as they meet certain conditions, such as installing an Ignition Interlock Device. An IID is essentially a portable Breathalyzer that’s connected to the ignition. Restricted use licenses are often available in all other cases. These restrictions usually limit defendants to driving for work, school, and certain other limited purposes, such as going to court or to the doctor’s office.

The defendant bears all the costs involved. That includes IID installation, monitoring, and maintenance fees. The state normally assesses a fee as well.

Count on a Dedicated Attorney

Options are available to people with suspended or revoked licenses. For a free consultation with an experienced Monroe County criminal defense lawyer, contact the Law Office of Frank Ciardi. Convenient payment plans are available. 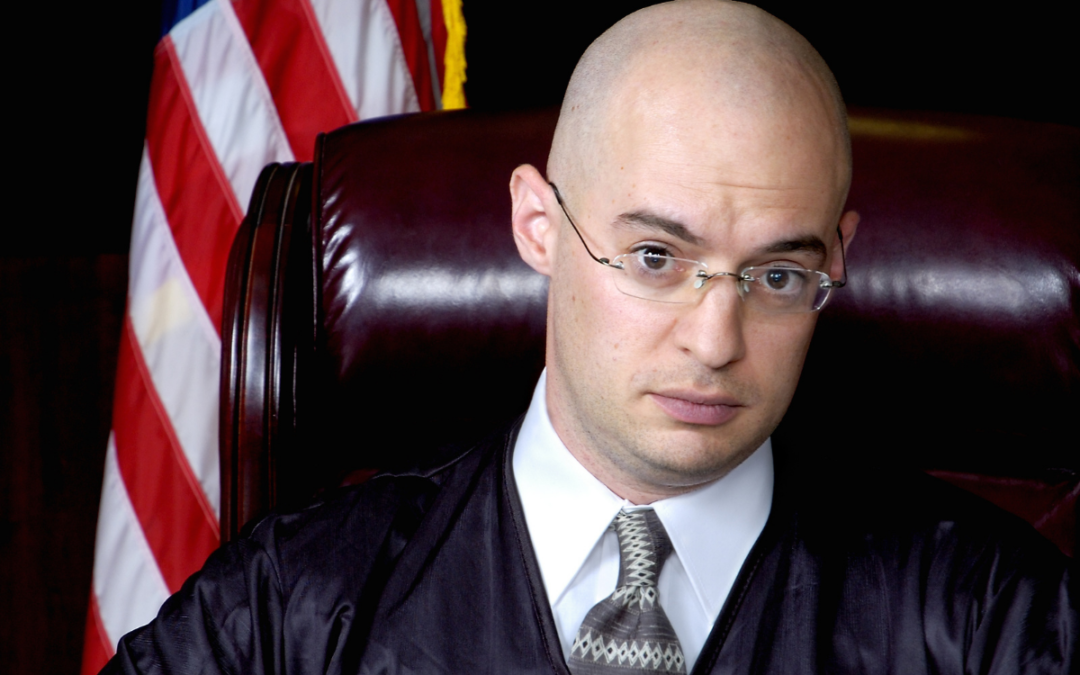 Can a Defense Lawyer Get a Bench Warrant Lifted?

We often get asked, “can a defense lawyer get a bench warrant lifted?” Here’s our in-depth exploration of this question, and our answer, depending on the type of warrant.

Need to Get a Bench Warrant Lifted?

You may have heard the saying that time heals all wounds. In criminal law, this is sometimes true.

An Attorney Can Get A Bench Warrant Lifted

Warrants are a mixed bag in this area. Search warrants are usually only valid for a few hours or days at most. But there is no statute of limitations on arrest and bench warrants.1 In most cases that Rochester defense lawyers handle, an officer pulls over a defendant for rolling through a stop sign or another minor offense. The warrant pops up on the computer, even if the warrant is several decades old. At that point, department policy usually mandates an arrest.

From a certain point of view, every warrant is a bench warrant. Only judges may issue warrants. But search and arrest warrants are based on probable cause affidavits. A judge issues a bench warrant upon their initiative, usually for failure to follow a court order.

A Rochester defense lawyer can get a bench warrant lifted and put the case back on the docket in many situations. Generally, there’s no court appearance required. Once the case is on the docket, several defenses are usually available. For example, most traffic court FTA bench warrants are so old that the arresting officers are long gone, as are any material witnesses.

FTA (Failure to Appear) and FTC (Failure to Comply) are the two most common traffic ticket bench warrants in New York. Failure to appear is usually, wait for it, a failure to appear in court. Frequently, defendants forget about the court date. Failure to comply is usually a missed payment or another deadline. Sometimes, courts send reminder letters in these cases. But generally, the judge issues a warrant.

Sometimes, bail bonds companies can lift these warrants. Then, the defendant must appear in court to defend the traffic ticket or show cause (explain) why s/he missed the deadline. If a Rochester defense lawyer lifts the warrant, the judge usually does not require defendants to appear, at least initially. Lawyers and prosecutors are generally able to work out deals in these situations.

Most felony and misdemeanor bench warrants have special provisions, so bonding companies cannot work with them, at least in most cases. Usually, criminal bench warrants are for contempt of court. Examples include failing to:

Let’s expand on that final bullet point. By far, the two most common probation violations are committing another infraction against the state of New York and failing to report. Failure to pay fees or restitution is a somewhat distant third, not because these violations are uncommon, but because there are some Constitutional issues.

At a show-cause hearing in traffic court, judges are usually willing to accept semi-legitimate excuses, such as the inability to afford defensive driving. But at a misdemeanor or felony show cause hearing, there’s usually no such thing as a valid excuse.

In ye olden days, Rochester defense lawyers often got these cases thrown out on a technicality. Section 30.30 (4)(c) once required the state to prove due diligence in serving the warrant. In other words, the state had to try hard to serve the warrant. Letting it sit in the computer wasn’t good enough. But that law changed in 1996.2

So, the best option in a criminal court bench warrant case is usually to surrender at a county jail and work out a plea agreement with the state. This agreement usually includes an extension of time to comply or similar light punishment.

If the judge issues a bench warrant, you must do something about it straight away. For a free consultation with an experienced Rochester defense lawyer about how to get a bench warrant lifted, contact the Law Office of Frank Ciardi. We routinely handle matters in Monroe County and nearby jurisdictions.