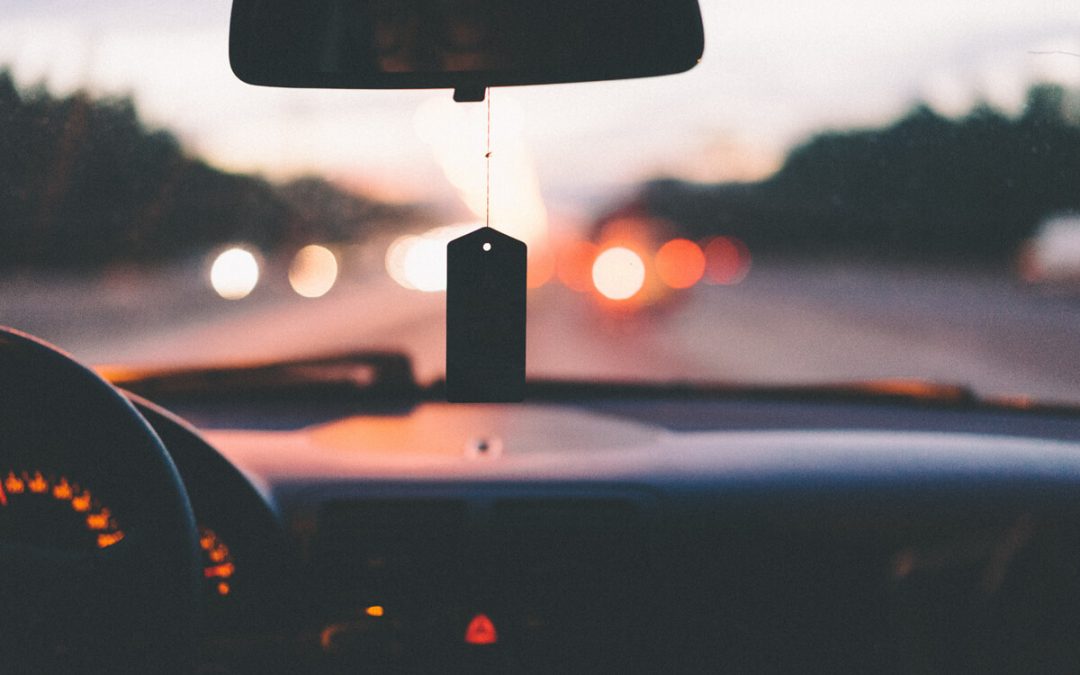 How Can a DWI Lawyer Rochester Reduce Punishments for Second Time Offenders?

How Can a DWI Lawyer Rochester Reduce Punishments for Second Time Offenders?

In most cases, New York has a ten-year lookback period. So, if Debbie got a DWI in 2010 and is charged with DWI again in 2020, she’ll need a DWI lawyer Rochester to help reduce the punishment for second-time offenders. Note that the lookback period runs from previous conviction to current arrest. Also, the lookback period is different in some cases.

The direct consequences of a second DWI vary according to the facts, mostly the defendant’s BAC level. Generally, the maximum punishments are as follows:

That prison sentence usually includes a mandatory five days in jail. A limited drivers’ license might be available for at least part of the revocation period. Other possible direct consequences include an alcohol evaluation and completion of any required treatment.

A good DWI lawyer Rochester will also carefully advise their clients about the possible indirect consequences. For example, auto insurance rates could double or even triple following a second DWI conviction. Many alcohol-related offenses also have employment, immigration, and family law consequences.

Most DWI defendants provide chemical samples. If that sample shows a BAC level above the legal limit, the defendant could be guilty as a matter of law. That’s assuming the test results are 100 percent accurate, and no device has that good of a track record. In fact, Breathalyzers are quite similar to the 1940s Drunk-o-Meters. Some specific issues include:

To drive home these points with jurors, Rochester DWI lawyers often partner with chemists. These witnesses explain these flaws to jurors. And, they have more credibility than the Breathalyzer techs that Monroe County prosecutors typically use.

Blood tests are much more accurate than breath tests. However, there may be some procedural issues. For example, if there is a gap in the chain of custody, a DWI lawyer Rochester might establish reasonable doubt as to the sample’s validity.

Frequently, intoxication is the only material issue in a DWI case. However, in some situations, the defendant could be drunk and a DWI lawyer Rochester can still successfully resolve the case. Some of these defenses include:

A successful resolution could be a not-guilty verdict at trial, a pretrial dismissal, or a plea to a lesser-included offense, such as DWAI (driving while alcohol-impaired).

Punishments for second-time DWI offenders are harsh, but not inevitable. For a free consultation with an experienced DWI lawyer Rochester, contact the Law Office of Frank Ciardi. We routinely handle matters in Monroe County and nearby jurisdictions. 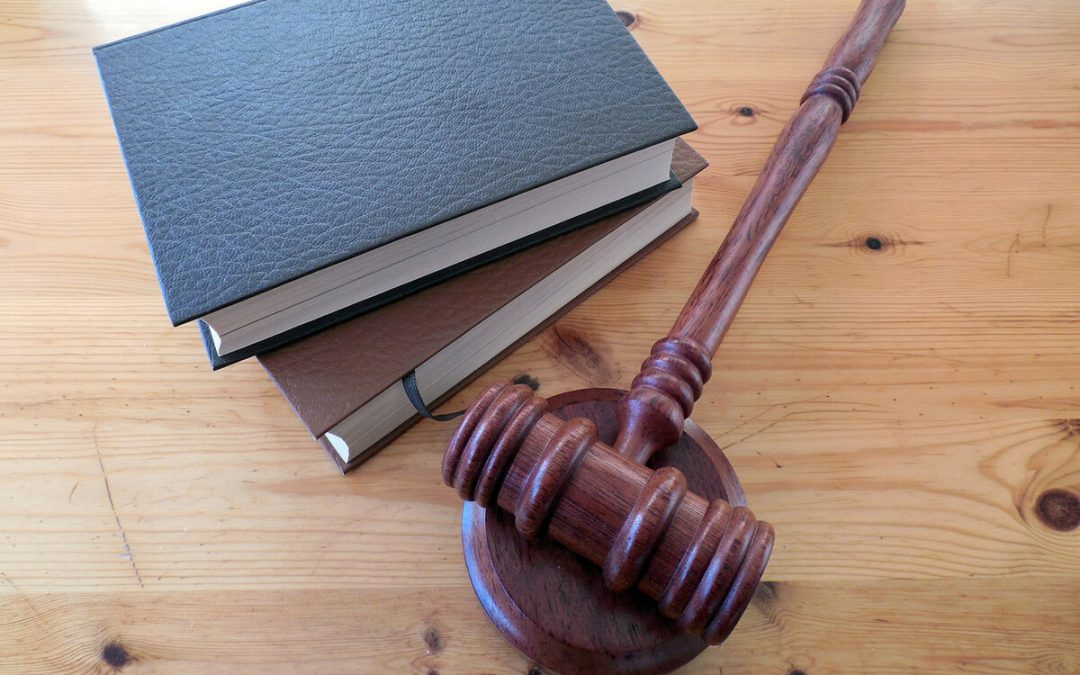 Can I Represent Myself in a Criminal Case Rochester?

Can I Represent Myself in a Criminal Case Rochester?

If you’re wondering “Can I represent myself in a criminal case Rochester?” the answer theoretically, is yes. In fact, it is often a good idea to represent yourself in a criminal case. That’s usually the situation with regard to traffic infractions, like speeding tickets. Unless the case is complex, attorneys often only cause a delay. Self-representation might also be better for certain violations, such as hazing, loitering, or trespassing. However, since these offenses could mean jail time, it’s always best for a Rochester criminal defense attorney to at least review the matter.

In other situations, however, self-representation is too risky. There is too much at stake. Misdemeanors and felonies could mean substantial jail time. That doesn’t include collateral consequences, such as immigration effects.

So, you can represent yourself in a Monroe County criminal case. You could also remove your own appendix. Although these things may have been done before, we would not recommend any of them.

Shortly after Monroe County prosecutors file formal charges, the judge rules on important pretrial matters, such as procedural irregularities and evidence admissibility. Experience is key during this portion of a criminal case.

Terms like reasonable suspicion and probable cause are pretty much meaningless to most people. But to experienced attorneys, they are the difference between a legal and illegal arrest. If the stop and/or arrest was illegal, all evidence, including confessions, is the fruit of the poisonous tree.

On a similar note, physical evidence is sometimes admissible and sometimes inadmissible. Even if officers did not have a search warrant, a Monroe County judge might still allow prosecutors to use the evidence in court.

Experience is also important during pretrial hearings themselves. Most criminal judges are not used to dealing with non-lawyers. So, they have very little patience when people speak out of turn or commit other procedural faux pas.

Many people do not see the need for a Rochester criminal defense lawyer during this phase. Generally, that’s because most people do not negotiate financial transactions. When you go to a restaurant or a grocery store, the price is the price. The best lawyer in the world cannot make your hamburger any less expensive.

But negotiating a plea in a criminal case is not like buying a gallon of milk. It’s more like buying a house. No one pays what the owner asks for. Instead, a realtor negotiates with the owner. Realtors know what similar houses sell for in that area. Likewise, attorneys know what offers prosecutors make in similar cases in that county. So, defendants know if the offer is fair or not.

Additionally, and perhaps more importantly, attorneys know how to evaluate a case from many different angles. Part of this process includes legal evaluations as to the amount of evidence the state can use at trial. There are also some less tangible factors, such as the judge’s disposition and the amount of time that passes between arrest and trial. Only the best Rochester criminal defense lawyers know how to account for such factors.

Plea bargains resolve over 95 percent of all the criminal cases in Monroe County. So, this phase is probably the most important part of the criminal justice process.

If the Matter Goes to Trial, Can I Represent Myself in a Criminal Case Rochester?

In the first two phases of a criminal case, defendants basically have an absolute right to represent themselves. They must simply waive their Sixth Amendment right to counsel. Judges usually approve these waivers if defendants understand all the risks involved.

However, if the case goes to trial, the right of self-representation is more limited. Many judges appoint standby counsel in these situations, even if the defendant waives Sixth Amendment rights and objects to the move. These lawyers are available in case the defendants change their minds during the trial. The standby counsel immediately takes over, so there is no need for a mistrial and retrial.

Self-representation in a criminal case is usually, but not always, a very bad idea. For a free consultation with an experienced Rochester lawyer, contact the Law Office of Frank Ciardi. We routinely handle matters in Monroe County and nearby jurisdictions.

Only a minuscule portion of criminal cases go all the way to trial, but the jury trial is the lynchpin of a Rochester criminal case timeline. Nearly everything revolves around this uniquely American phenomenon. About 90 percent of the world’s jury trials occur in the United States. If you think the American system is flawed, you have not faced criminal charges overseas.

In Monroe County, jury trials are available for both misdemeanors and felonies. As far as we are concerned, there is no such thing as a minor criminal case. We provide the same aggressive representation for all our clients in everything they face.

For many people, jail release is a matter of convenience. But to us, jail release is an important part of criminal defense. The longer the defendant remains behind bars, the greater the pressure becomes to accept an unfavorable plea bargain agreement just to “get things over with.”

Monroe County defendants have a number of jail release options. These start with OR (own recognizance) release. If the defendant has no criminal record and/or is charged with a nonviolent offense, OR release may be available. This mechanism makes an arrest like a traffic ticket. The defendant promises to appear at trial, and the sheriff releases the defendant.

The cash bond and bail bond systems are still in place in New York. If the defendant posts the entire amount in cash or obtains a surety bond through a bail bondsman, the sheriff releases the defendant. If the defendant remains incarcerated, the judge may reduce the bail amount at a bail reduction hearing.

Announcement: The Longest Part of a Rochester Criminal Case Timeline

In this context, “announcement” is usually Legalese for “deciding what to do next.” Before making any final decisions, an attorney must thoroughly examine all aspects of the case:

Defense attorneys must also take this intangible factor into account. Drug possession cases are a good example here as well. Many jurors now see these cases as health and safety issues as opposed to criminal matters. That outlook affects how they interpret and apply the evidence presented.

After this investigation, a defense attorney begins plea negotiations in earnest.

A plea bargain usually involves reduced charges and/or a reduced sentence. For example, if the defendant is charged with assault but the evidence is weak, prosecutors may reduce the charges to reckless conduct.

If the case goes to trial, prosecutors must establish guilt beyond any reasonable doubt. That’s the highest evidentiary standard in New York.

It’s typically impossible to appeal plea bargains. However, a defendant may appeal and adverse a trial result. This is only if there was a mistake that affected the trial’s outcome. Courts have consistently held that the defendant is entitled to a fair trial, but not a perfect trial.

Some possible grounds for appeal include ineffective assistance of counsel, jury misconduct, and prosecutorial misconduct.

Connect with an Assertive Lawyer

Knowing what to expect in a criminal case helps defendants make better choices. For a free consultation with an experienced Rochester criminal defense attorney, contact the Law Office of Frank Ciardi. Home and jail visits are available.