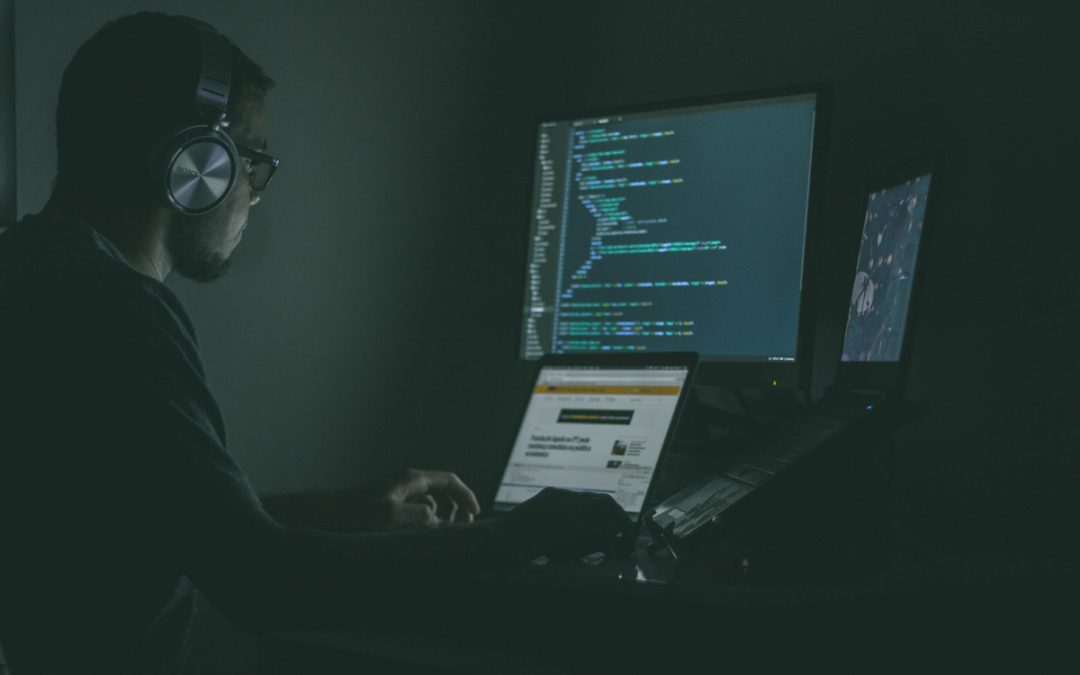 Fraud is one of the broadest and most commonly charged financial crimes under federal and New York law. Many people who face such allegations did nothing wrong, from a legal or moral standpoint. Perhaps for that reason, fraud charges catch them off guard.

So, rather than partner with a fraud attorney, they think they can talk their way out of it. After all, I did nothing wrong, they reason. So, if I tell the auditors, grand jury, or other authorities my side of the story, these charges will go away, they hope. That’s much better than getting a fraud attorney involved, they conclude.

So, as soon as you receive notice of charges or possible charges, you need a fraud attorney on your side. Under 18 U.S.C. § 1341, as well as most other fraud laws, this offense is basically:

In court, Monroe County prosecutors must establish all these elements beyond any reasonable doubt. Subtle differences sometimes make a difference.

For example, intent is often hard to prove in bankruptcy, tax, and other government fraud cases. Particularly if a defendant did not have the benefit of professional advice, these forms are very complex, and it is easy to make innocent mistakes, especially if English is not the defendant’s first language.

Additionally, the misrepresented fact must be a current fact. Assume Marie convinces Joe to invest money in a real estate deal because she says, a proposed freeway will radically alter land values. Even if the freeway is never built, and even if there never was such a proposal, Marie is probably not guilty of fraud.

Financial fraud may occur in many different contexts, regardless of whether money changes hands. Some examples include:

Other types of fraud include healthcare fraud. In these cases, prosecutors commonly allege that doctors issued bills for services they did not provide, or they intentionally coded tasks differently to pad their bills.

How a Rochester Fraud Attorney Can Help

If there is a clear lack of evidence on any one of the elements mentioned above, a Rochester fraud attorney can sometimes get the case thrown out of court or, in rare instances, convince a grand jury not to indict.

However, most criminal cases settle out of court. These resolutions often include either reduced charges or reduced penalties. In many cases, a Rochester fraud attorney can reduce serious felony charges to less-serious misdemeanor charges. Some form of pretrial diversion may be available as well, especially if the defendant makes restitution and has no prior criminal record.

If the case goes to trial, complex financial fraud cases are difficult to prove in court and have lots of moving parts. Therefore, a Rochester fraud attorney has an excellent chance to create reasonable doubt.

Connect with a Tenacious Lawyer

Financial or other fraud cases may mean stiff penalties. For a free consultation with an experienced Rochester fraud attorney, contact the Law Office of Frank Ciardi. Convenient payment plans are available. 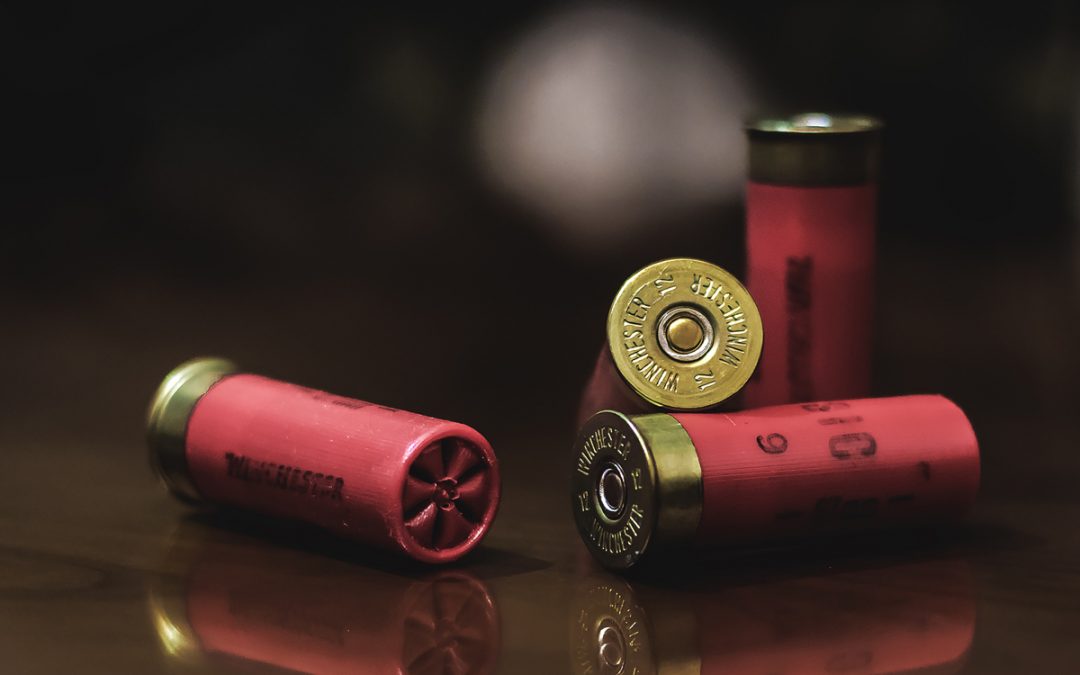 How Can a Rochester Gun Charges Lawyer Help Me?

How Can a Rochester Gun Charges Lawyer Help Me?

The Second Amendment gives people the right to keep (own) and bear (carry) firearms. However, the Constitution also gives the federal government, and the states, the power to restrict this right in the interest of public safety. Since New York is one of the bluest of blue states, the Empire State’s gun laws significantly restrict firearm possession. It’s generally illegal to carry a gun, even if you do not intend to use it.

Even though the laws are broad, prosecutors must still establish every element of every offense beyond a reasonable doubt. Given that high burden of proof, a Rochester gun charges lawyer is often able to engineer a favorable plea bargain or even get such cases thrown out of court.

Section 265.01, which is fourth-degree possession, is the most commonly charged gun possession offense in New York. It is also illegal to possess an “imitation pistol” if the defendant intends to use it menacingly.

Procedural defenses often apply in gun possession prosecutions. Officers cannot charge a person with carrying a gun unless they find it first. Such encounters often give rise to issues such as:

If these initial procedural defenses are unavailable or ineffective, a Rochester gun charges lawyer usually turns to substantive arguments, such as the legal definition of “possession.” Proximity alone is not enough to establish possession in criminal court. The additional elements are:

The additional elements of possession often come into play in automobile possession cases. Generally, if an officer finds a gun in a car, the officer arrests everyone in the care for a 265.01 infraction. These arrests do not typically hold up in court.

Possession without intent is usually a nonviolent offense, especially if the gun was not loaded. So, pretrial diversion may be available. If the defendant completes all program requirements, the prosecutor dismisses the case.

Deferred disposition may be available as well, especially if the case involves any of the defenses outlined above. If the evidence is hopelessly defective, as it often is on an issue like legal possession, a judge may throw the case out of court after a pretrial hearing.

Connect with an Aggressive Attorney

Do I Need a Rochester Criminal Defense Lawyer if I’m Pleading Guilty?

Do I Need a Rochester Criminal Defense Lawyer if I’m Pleading Guilty?

Lots of people ask this question since plea bargains resolve over 95 percent of criminal cases. However, there is a big difference between an attorney-negotiated plea bargain and the first offer the prosecutor makes. Whether you are buying a car or settling felony criminal charges, the other party’s first offer is hardly ever the best. Since there is a lot more at stake in criminal cases, you need a Rochester criminal defense lawyer whether you are pleading guilty or going to trial.

When the Founding Fathers drafted the Sixth Amendment’s right to counsel, plea bargains were almost unheard of. These arrangements became more common around the turn of the 20th century. As the country’s population expanded rapidly, there were not enough courts and judges to handle the increased caseload. By the 1960s, plea bargains were more common than trials.

Features of a Favorable Plea Bargain

The best plea agreements feature deferred disposition options which result in no criminal conviction. These arrangements are especially important in New York. It is difficult to expunge or seal criminal records in the Empire State.

At a minimum, a plea bargain should include a reduced sentence or a reduced charge. If that’s not the case, a trial may be a better option.

Pretrial diversion is usually available in misdemeanor cases if the defendant has no criminal record. Program requirements vary in different courts. But most Monroe County pretrial diversion plans require defendants to complete community service requirements, pay restitution (if any), and attend a victim impact panel or another similar class. Then, prosecutors dismiss the case.

Deferred disposition is a lot like probation. But, if the defendant successfully completes all probation requirements, the judge dismisses the case. Many times, a Rochester criminal defense attorney can file a motion for early release from probation, so these requirements are not as onerous.

These options have some significant pros and cons, as outlined below.

A reduced or probated jail sentence is obviously a good thing. Reduced charges may be an even better thing. For example, prosecutors sometimes reduce some sex crime charges to reckless conduct. This offense does not have nearly as many collateral consequences.

How Rochester Criminal Defense Lawyers Get the Best Deals

Usually, prosecutors do not hand out good deals like the ones described above. They are only available if the defendant has a solid defense or the state’s evidence is weak. Many criminal cases have procedural defenses. Some common ones include:

A lack of evidence is also a good defense. Prosecutors must prove every element of the offense beyond a reasonable doubt. Many times, circumstantial evidence alone is not sufficient.

DUIs are an excellent illustration. Circumstantial evidence of intoxication, like bloodshot eyes and an odor of alcohol, often does not hold up in court.

Should I Accept the Negotiated Plea Arrangement?

When people buy cars, it is relatively easy to determine if the sale price is good or bad. But in criminal cases, only a Rochester criminal defense lawyer has enough experience to make this determination. So, if your lawyer recommends acceptance, that’s probably what you should do.

Additionally, guilty pleas usually have significant consequences. Prosecutors have no legal duty to explain these consequences to defendants, so they do not do so.

A negotiated settlement is usually a good way to resolve criminal charges. For a free consultation with an experienced Rochester criminal defense lawyer, contact the Law Office of Frank Ciardi. We routinely handle matters in Monroe County and nearby jurisdictions.