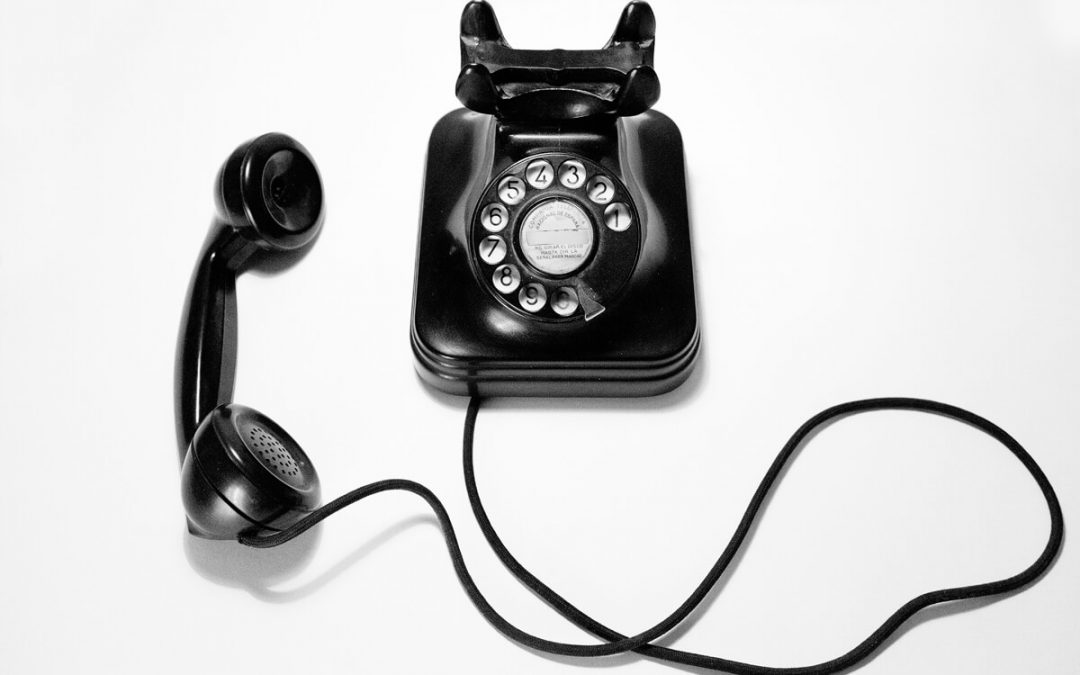 This seemingly straightforward question is quite controversial. The Sixth Amendment gives defendants the right to reach out to a lawyer. But courts are a bit vague as to when this right kicks in, and when defendants should call a Rochester DWI attorney.

The Miranda Rights state that defendants have the right to have attorneys present during questioning. However, courts have consistently rebuffed defendants when they try to assert that right. For example, courts have continually held that DWI defendants cannot seek legal advice before consenting or refusing to a request for a chemical sample.

These rulings are unfortunate. Because of these holdings, by the time a lawyer comes on board, the state has already collected most of the evidence it will present at trial. So, a Rochester DWI attorney must work extra hard to level the playing field.

Many people think that when they are behind bars, they should call bail bond agents first. But that’s usually not true, especially in DWI cases.

Often, a Rochester DWI attorney can arrange pretrial release with few or no conditions, and at little or no cost to the defendant. Procedurally, attorney bonds are more streamlined than non-attorney bonds. Since the defendant already has hired a lawyer, there is a higher chance that the defendant will appear at trial, so bond is easier and less expensive.

Additionally, in many cases, defendants only have a couple of weeks to request Administrative License Revocation hearings. Otherwise, the state automatically suspends the defendant’s drivers’ license for the maximum period. Furthermore, your Rochester DWI attorney loses the chance to examine the state’s evidence and cross-examine the arresting officer under oath.

Jail release is important because otherwise, defendants may accept unfavorable plea bargain agreements to “get it over with.”

The sooner you call a lawyer, the more time an attorney has to review the facts and applicable laws in one’s case. This meticulous search often reveals some DWI defenses, such as:

Typically, police officers must have reasonable suspicion to pull over motorists. Alternatively, if the defendant was pulled over at a sobriety checkpoint, the roadblock must meet specific legal criteria. Furthermore, officers must have probable cause, which is an even higher standard, before they can arrest suspects.

Prosecutors must establish more than intoxication. They must also prove that the defendant operated a vehicle in a public place. In DWI collision cases, the “driving” element is often difficult to prove, because the arresting officer probably did not see the defendant driving the car. Furthermore, locations like an apartment complex or shopping mall parking lots are not public places, even if these areas have street signs and traffic control signals.

In court, Monroe County prosecutors must establish every element of the offense beyond a reasonable doubt. That’s the highest standard of proof in New York law.

If any of the above defenses are available, even if they are not strong enough to get the case thrown out of court, an attorney can often obtain a favorable plea bargain agreement.

Many times, that agreement could mean reduced charges. For example, if the Rochester DWI attorney has a solid reputation as an excellent trial advocate and the state’s evidence is weak, many Monroe County prosecutors may reduce DWI charges to Driving While Ability Impaired. DWAI is a misdemeanor, but it is not as serious. For example, a DWAI conviction does not include a mandatory ignition interlock device requirement.

Furthermore, a Rochester DWI attorney may be able to get the charges reduced even further, to wet reckless. This offense is also a misdemeanor, but it has almost no collateral consequences.

An early partnership with an attorney maximizes the chances for a successful resolution. For a free consultation with an experienced Rochester DWI attorney, contact the Law Office of Frank Ciardi. Convenient payment plans are available.

I’m Innocent. Do I Need a Rochester Criminal Defense Lawyer?

I’m Innocent. Do I Need a Rochester Criminal Defense Lawyer?

Yes, you do. In criminal court, terms like “innocent” and “guilty” do not mean very much. These are mostly moral categories. Instead, the most critical issue in a Monroe County criminal case is what the state can prove, and what it cannot prove.

The prosecutor’s role exemplifies this situation. Most prosecutors care little about justice or fairness and guilt or innocence. Their job is to convict as many defendants as possible. That’s the way the adversarial criminal law system works in America.

Likewise, a Rochester criminal defense lawyer is not concerned with abstract principles. Your attorney is only concerned about you and your future.

What to Expect in a Criminal Case

It is possible to convince prosecutors not to file charges. That’s especially true if the facts happen to jive with the elected District Attorney’s political agenda. For example, if officers catch Joe with marijuana, they will probably arrest him even if he claims to have a prescription. If a Rochester criminal defense attorney produces the prescription for prosecutors, they may drop the case.

But these instances are very rare. Indeed, many Rochester criminal defense attorneys fight for individual rights their entire careers and only encounter a handful of these situations. Truthfully, if the state’s attorney is willing to give up without a fight, that person is not a very good lawyer.

So, most criminal cases go through the system, whether the defendant is guilty or innocent. After a Rochester criminal defense attorney thoroughly evaluates the case, including both the facts and the law, plea negotiations usually begin. More on that below.

First, it is essential to examine some possible legal defenses for morally innocent people. If a defense is available, these cases are easier to resolve favorably.

Eyewitnesses are not always right. They often misidentify suspects during photo or live lineups, especially if the lineup was not double-blind.

If Joe goes to court, it is not enough for him to proclaim his innocence. Instead, a Rochester criminal defense attorney must create reasonable doubt, and a tainted identification is one way to do so.

In other situations, police officers pressure innocent defendants into making confessions. These involuntary confessions do not hold up in court. Additionally, if the defendant is innocent, there will not be much physical evidence. Joe might have a gun, but the gun has not fired recently.

Most criminal cases do not make it to court. Agreed pretrial settlements resolve over 90 percent of these cases.

Legal defenses give Rochester criminal defense attorneys additional negotiating leverage. If prosecutors must go to court against Joe with a shaky eyewitness and little physical evidence, they may be motivated to drop the case or at least reduce the charges to simple assault. No one, not even a Monroe County prosecutor, likes to fight a losing battle.

If the matter does go to trial, it will probably be before a jury. Many times, jurors have a sixth sense in these situations. They can tell when the facts do not add up. And, if the defendant is innocent, the math never works.

Innocent defendants must usually still fight for their rights in court. For a free consultation with an experienced Rochester criminal defense lawyer, contact the Law Office of Frank Ciardi. Convenient payment plans are available. 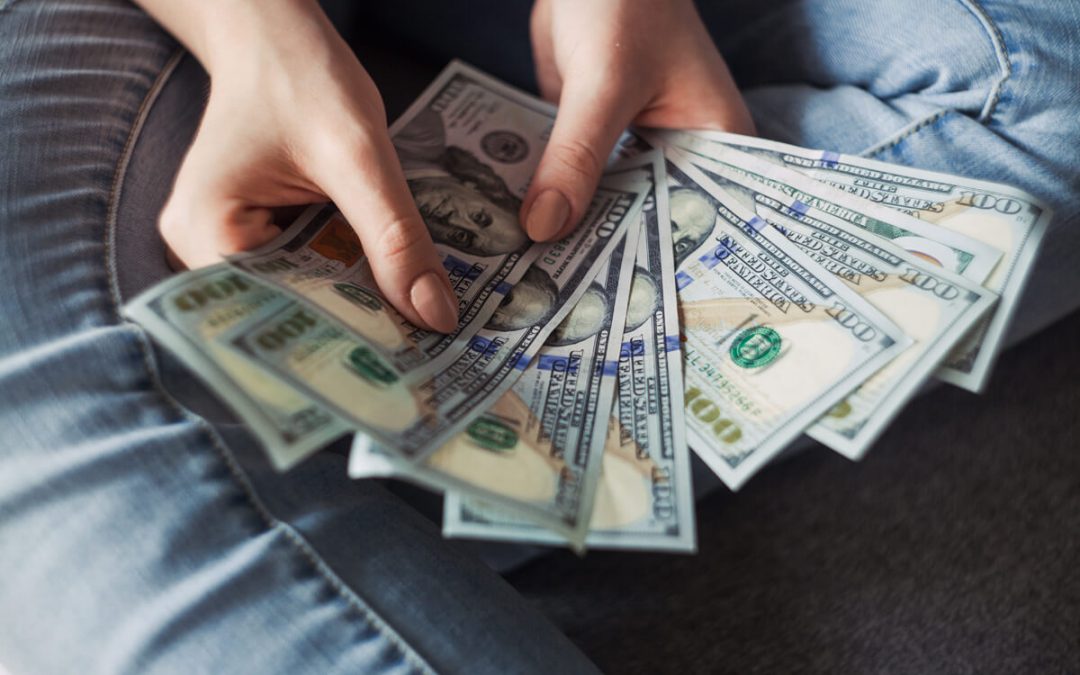 Would Algorithms Improve the System of Bail in Monroe County?

Would Algorithms Improve the System of Bail in Monroe County?

Reasonable bail is one of the basic criminal law rights in the Eighth Amendment. If defendants are not free before trial, they may accept unfavorable plea agreements to “get it over with.” But over a fifth of New York State inmates are not sentenced and awaiting trial. That’s roughly three times higher than the inmate population in Russia that aren’t yet sentenced. Something is wrong with the system of bail in Monroe County.

Some advocates believe that bail algorithms may address this problem. But in criminal law, no mathematical formula can ever guarantee everyone a fair shot. Only an experienced Rochester criminal defense attorney can do that.

To get out of jail, suspects can either pay the entire amount in cash or post a surety bond with the help of a bonding company. There are pros and cons to each approach.

If Sam posts cash bail to get out of jail, he gets most of that money back when the case is resolved. Additionally, since the sheriff keeps the money in an escrow account, cash bail usually has few conditions. The problem is that, for many people, two or three thousand dollars, the typical cash bail amount in a felony, might as well be two or three million dollars.

So, if money is an issue, Sam can work with a bail bondsman, who will post a bail bond. A bail bond is an insurance policy that guarantees appearance at trial. Most bond agents charge a 10 or 15 percent premium. However, the premium is nonrefundable. Additionally, most private bond companies require defendants to follow several restrictive conditions, such as regular check-ins and drug tests.

Given the high not yet sentenced inmate populations in Monroe County, there is some room for improvement in this bail system.

Many people believe that mathematical algorithms may be the answer. Instead of only the severity of the offense and criminal record, algorithms consider many other factors, such as:

Algorithms can consider more factors because a computer, instead of a person, considers the factors. So, there is no lost processing time.

Mathematical algorithms have their critics. Some observers believe algorithms are racially biased, although the bias is not intentional. Legally, unintentional bias is called disparate impact discrimination. The school test, job skills test, or other items disproportionately affects certain people groups.

Assume a job interview questionnaire asks if the applicant is available on Saturdays. This question does not intentionally discriminate against Jews, but it has that effect since many Jews go to Synagogue on Saturdays.

How a Rochester Criminal Defense Attorney Can Help

In a nutshell, an attorney puts a human face on the issue of bail, particularly at the arraignment. At this hearing, which usually occurs within seventy-two hours of arrest, a Rochester criminal defense attorney can ask the judge for a bail reduction. This request is based on the specific facts of the case, and not a generic numerical formula. Only a Rochester criminal defense attorney can do this.

Bail reduction matters, like most other legal matters, it can usually be settled out of court. In this situation, the prosecutor might agree to a bail reduction if the defendant agrees to additional conditions of bail, such as GPS monitoring.

The Constitution gives you the right to pretrial release, and a lawyer must normally enforce that right. For a free consultation with an experienced Rochester criminal defense attorney, contact the Law Office of Frank Ciardi. Home and jail visits are available.