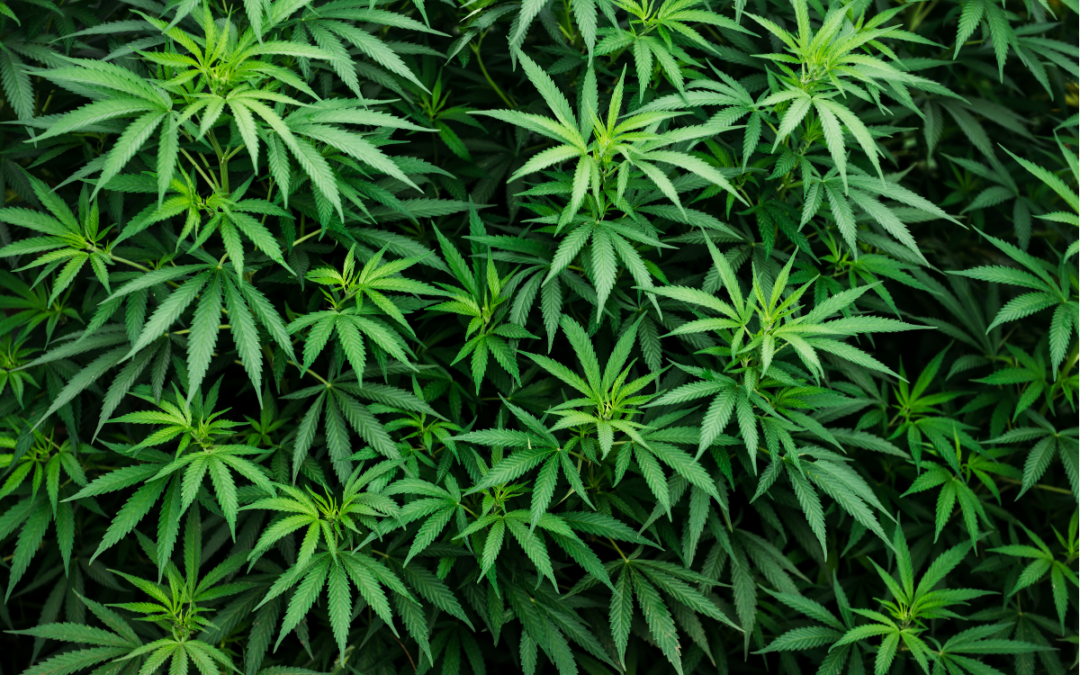 In March 2021, New York Governor Andrew Cuomo signed legislation that legalized marijuana for most purposes.[1] Lawmakers boldly predicted the measure would create significant tax revenues, tens of thousands of jobs, and other social benefits. Like all other predictions, these prognostications might or might not come true.

One thing is certain. Marijuana legalization significantly altered drug possession and related laws in the Empire State. Furthermore, people with certain marijuana convictions might be entitled to some much-needed post-conviction relief. Below are some of the most frequently asked questions we field about legalized marijuana in NY.

How Much Weed Can I Have?

People over 21 can have up to three ounces of marijuana in their immediate possession for personal use. That doesn’t sound like much, but it is quite a bit. Typically, an ounce of marijuana makes about 60 joints. Truthfully, if you have more than 200 or so joints in your backpack, there’s a good chance at least some of them are not for personal use.

This new law also allows drug trafficking on a minimal basis. It’s legal to give marijuana to other people over 21, as long as the weed is for personal use.

But trafficking is still illegal, at least in most cases. If officers find cash, weapons, baggies, scales, or anything else which might indicate drug trafficking, the state will probably bring felony distribution charges.

You may also keep up to five pounds of raw marijuana in your home. The law requires people to take “reasonable steps” to store the weed in a “secure place.”

Where Can I Burn One?

Until further notice, cigarette smoking areas are now marijuana smoking areas as well. Municipalities, however, may restrict public marijuana consumption. Violating these restrictions would be a civil penalty. Additionally, a state oversight board, which has yet to be established, has similar powers on a statewide basis.

Smoking marijuana in a drug-free area might technically be legal, but it’s probably not a good idea. Pot is illegal under federal law. Nevertheless, a Rochester criminal defense lawyer could probably beat these charges in court, especially if you were smoking near a school or other state property.

What About Police Detentions?

The age-old “I smelled marijuana” line has justified countless police stops over the years, both of pedestrians on the street and people in motor vehicles. Those days appear to be over now. Even if an aforementioned consumption restriction is in force, the law states that marijuana consumption alone does not constitute reasonable suspicion.

Marijuana impairment, however, is still illegal. N.Y. Penal Law 240.40 makes it a crime to be intoxicated by a substance other than alcohol in public if these defendants:

This law is extremely broad. Marijuana annoys some people. As for the first bullet, if Steve walks down the sidewalk while impaired, he is a danger to himself or others.

Driving under the influence of marijuana is illegal in New York as well. For now, prosecutors must use circumstantial evidence in court, so these cases are rather difficult to prove. However, a marijuana Breathalyzer device is coming soon.

How Does Legalized Marijuana in NY Affect Prior Drug Convictions?

If you have a marijuana possession case on your record, you are definitely eligible for expunction if the amount was under three ounces. Expunction destroys both the police record and the judicial record. Typically, a Rochester criminal lawyer needs to file a petition and prove that the expungement would benefit the defendant somehow. If you have a more serious possession case on your record, you might be eligible for expunction. An executive pardon could be an option in these cases as well.

Even with Legalized Marijuana in NY, You Still May Need a Dedicated Attorney

Marijuana is not “legal” in New York, but it’s a lot less illegal than it used to be. Even with Legalized Marijuana in NY, you may find yourself charged with drug charges if you are carrying above the legal limits. For a free consultation with an experienced Rochester defense lawyer, contact the Law Office of Frank Ciardi. 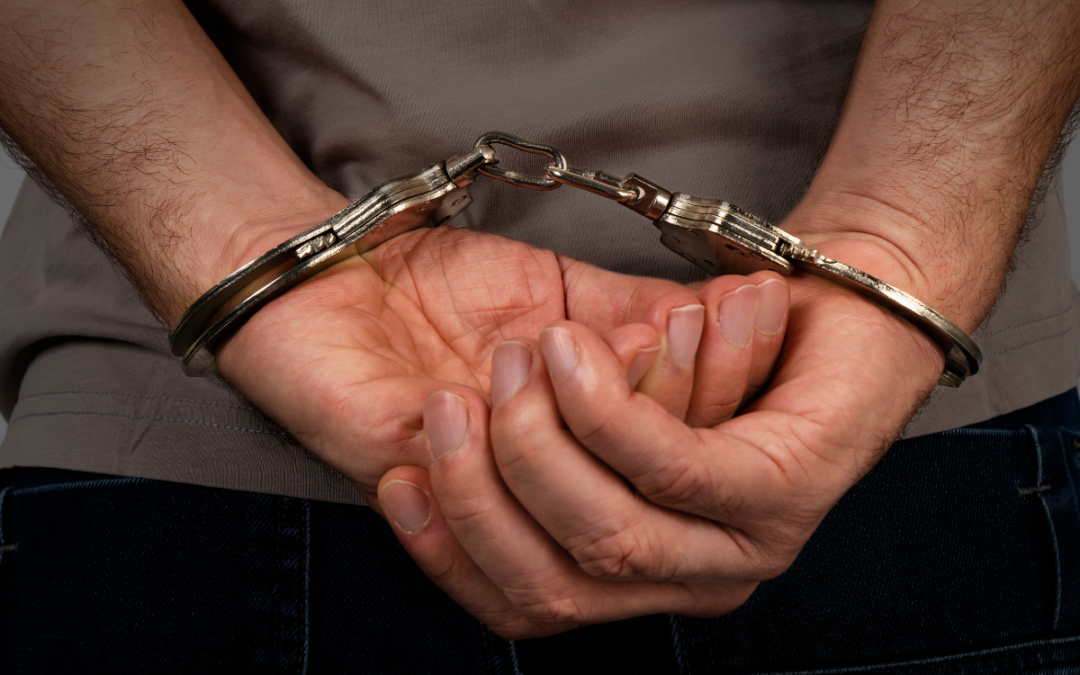 Charged with a Violent Crime in NY? Here’s What You Need to Know

Typically, an assault or other violent crime is a crime of passion.[1] A heated verbal argument between spouses, friends, acquaintances, or strangers gets out of control. Alcohol is often a factor in these sudden escalations. After an alleged victim gets hurt, someone, usually a witness, calls the police. So, the police officers who file charges don’t see the event. They only see the aftermath. They must piece together the events using various investigative tactics. As outlined below, all these features of a violent crime in NY are potential defenses in court.

The stakes are very high in these cases. Violent crimes are normally felonies. Moreover, these matters usually go to a general jurisdiction criminal court instead of a drug court or other specialty forum. Therefore, judges are more anxious to mete out punishment as opposed to treatment or other corrective action.

In this environment, you need a strong advocate, like a Rochester criminal defense lawyer. An attorney quickly evaluates your case in light of the aforementioned complexities which these cases involve. Most violent crime in NY prosecutions have at least one weakness somewhere. An attorney can use that defense to resolve the charge successfully. This resolution often means a plea to a lesser-included offense.

First things first. Prompt jail release is very important in a criminal case, and not just for the obvious personal issues.

If defendants are behind bars before trial, they often accept unfavorable plea agreements to “get it over with.” That’s especially true since many of these defendants do not want to wait until their trial dates roll around. Their understandable anxiousness to get out of jail deprives a Rochester criminal defense lawyer of perhaps the most potent negotiating tool, which is the possibility of a successful result at trial.

Usually, bail is initially unavailable in violent crime cases, or the cash bail amount is too high to pay. So, attorneys must request bail reduction hearings to secure pretrial release. Some of the factors judges consider at these hearings include the defendant’s:

The Eighth Amendment prohibits excessive bail in criminal cases. Therefore, reasonable bail is usually available, except in some murders and other extreme cases.

Challenging the Evidence for Violent Crime in NY Matter

The bail fight is only the undercard bout. The main event is yet to come. Jail release makes it easier to win this fight, but the result is by no means guaranteed. Fortunately, violent crimes usually involve some procedural and substantive defenses.

Since officers initially might not know who the defendant is, many of these investigations involve lineups. This technique isn’t quite as common as movies and TV shows imply that it is, but police officers still use this tool liberally.

Lineups also involve Fifth Amendment issues. This provision gives defendants the right to remain silent. That right includes the right to refuse to pose for a picture or appear in a lineup.

Alcohol-involved violent crimes are tough to prove in New York from both a factual and legal standpoint.

Alcohol impairs memory and perception. When witnesses testify about what they saw or alleged victims testify about what happened, their recollections are inherently suspect. If the trial occurs many months after the incident, which is usually the case, these individuals’ limited memories are even weaker.

Furthermore, if the defendant had been drinking, alcohol could be a legal defense. Many violent crimes, such as murder and aggravated assault, are specific intent crimes. Legally, intoxicated individuals cannot form the requisite mental state to commit these crimes.

Count on an Experienced Attorney

Violent criminal charges do not always hold up in court. For a free consultation with an experienced Rochester defense lawyer, contact the Law Office of Frank Ciardi. We routinely handle matters in Monroe County and nearby jurisdictions.